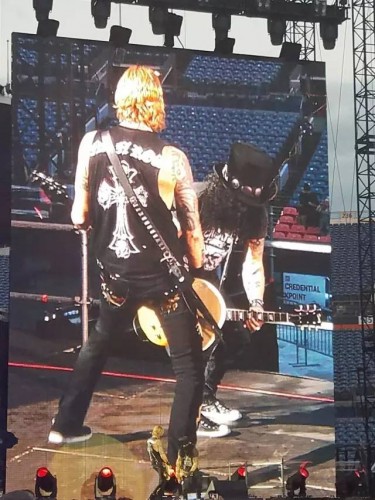 Two weeks ago I joined 40,000 Americans to listen to a group of elderly heroin addicts reminisce about how they used to treat women as slaves.

Guns n' Roses could reasonably be called the greatest rock and roll band of all time. There have been more dominant bands. There have definitely been more accomplished bands. But as the wave of the rock industry reached it's least sustainable peak, Guns n' Roses happened to be idly lolling on that crest.

Their fans have seen better days. No, that's not right. They've never seen better days. Scanning my fellow concert-goers that Wednesday I saw a lot of grey hair, a lot of diffuse tattoos, and more wrinkles etched by endless marketing meetings than by debauched benders. Intermittent puffs of marijuana smoke, recently made legal in Colorado, suggested a rare treat, on the one day that it's the baby-sitter who has to look after the kids. Concert tickets in my section were not cheap (mine was a gift). I was surrounded by the 无惑.

Three songs in, they played the title track off their last album, which cost more to make than any album before or since. The crowd became muted. We turned up for the classics, no-one was there to hear something new. "Chinese Democracy" eventually ended to reluctant applause. Applause that then exploded as Slash began teasing the opening riff from "Welcome to the Jungle". That's more like something American souls can lust after. 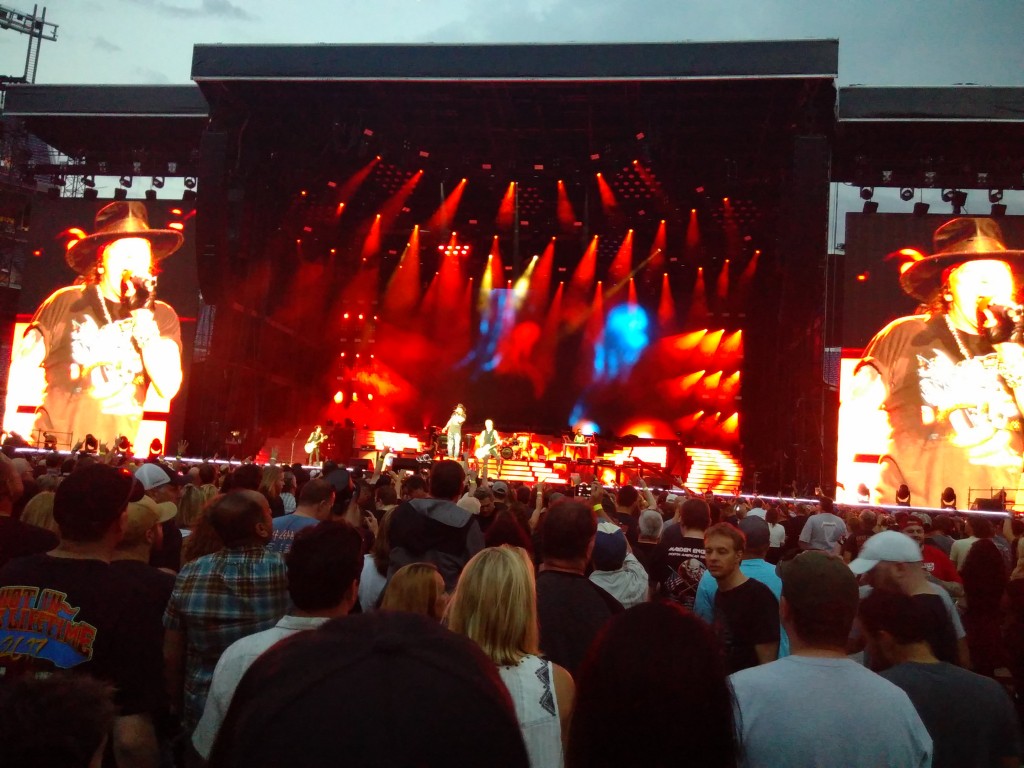 My companion at the concert was my old high school friend. We learned electric guitar as teenagers, practicing Guns n' Roses songs in his parents' suburban basement. Relaxing in his own suburban basement afterwards, my friend played a video of the band he briefly belonged to in Carolina. "The problem playing in a band when, like us, you suck, is..." he began.

The problem is Guns n' Roses. What is there to aspire to after that? In the 80's the American Dream was never a job, a house, a car, and a family. It was glamour and glitter and fashion and fame - and by definition only a fraction of a fraction were ever able to touch it.

Guns n' Roses were amazing, and worth every penny of my friend's money. All of them delivered a polished and poised performance. The physical effort they put in was staggering - a three-hour set, constantly sprinting from one end of the vast stage to the other. And there's nothing like the feeling when a song like "You Could Be Mine" kicks in, and dusty neurons awake from decades of slumber to prompt 350 machine-gun words of singalong misogyny, in unison with tens of thousands of other aging rockers. 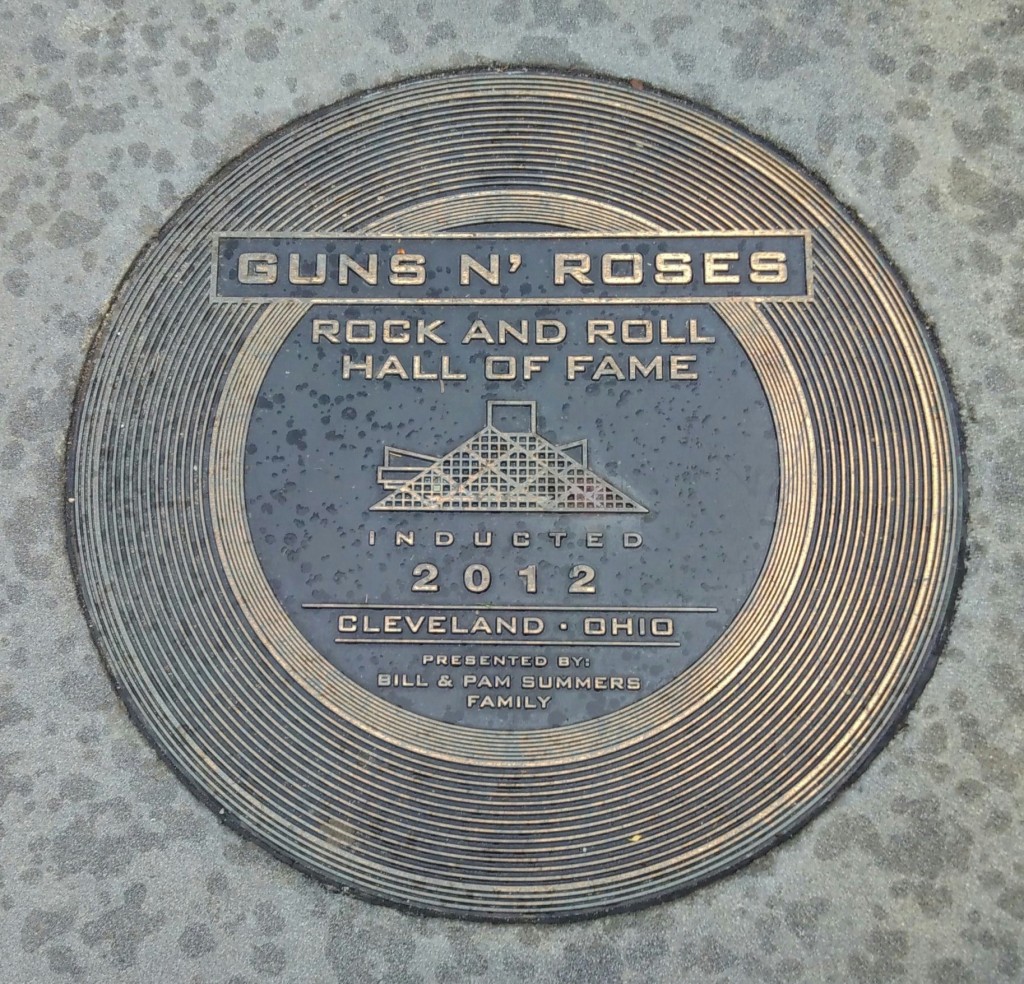 But is this the most fun I've had at a concert? No way. I've had way more fun watching musicians that, like us, suck, but unlike us kept playing anyway. Guns n' Roses was a ritual, like a funeral. Today's teenagers have the right, and the chance, to dream of something else.