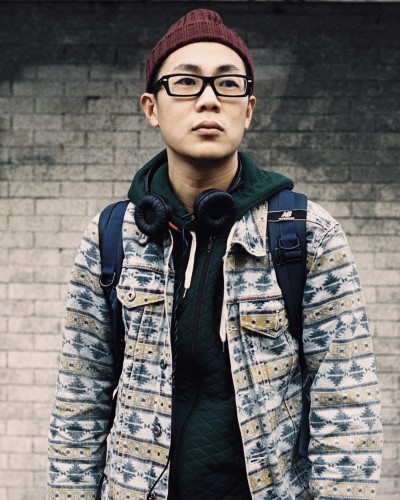 Howie Lee, a Beijing-born, Taipei-based musician, fuses together his Chinese heritage and British training, creating his own niche of UK bass-heavy sound mixed with Chinese melodies. He is featured in international publications and blogs such as i-D and MAD DECENT. He also performed at international festivals such as SXSW. Joining him for the Motherland tour;

Mike Gao, a producer and music technologist from Los Angeles. His style is futuristic, forward thinking and always attempting to push the conventions of Hip- Hop. Gao also takes it a step further. With a PhD in Music Technology, he builds music-making equipment while others use what they have. Nehzuil, an Australian producer known for putting out amazing originals, reworks and remixes of multiple tunes we know and love. He Recently shut down the internet with his beautiful tribute to Amy Winehouse with his ‘Love Is A Losing Game” remix.

Bohan Phoenix, an MC from China by the way of Boston, Massachusetts, now resides in NYC. He is most known for X Years, which signified Bohan's reaching 20 years of life. The project is accompanying with singles and music videos. With his partner Jachary Beats, Bohan had produced 7 albums in the past 2 years. There’s always a strong connection for me. Whenever, where I am. I feel the motherland is calling me. I sometimes feel depressed about it, sometimes I feel really energetic. It’s something flowing in your blood, in your mind, and deep rooted in your heart.
I chose this word as the name of our tour because it’s the mutual connection of all the artists touring together, no matter where they live, where they come from and what kind of culture they immerse themselves into. There are various styles of electronic music that are associated as being born in a certain place, eg Chicago makes us think of house, London …. dub step, Bass music, Berlin Techno (that’s a very simplified example but you get my point. To what extent do you think the Beijing scene is following existing scenes as compared to establishing it’s own style?

The birth of a new style doesn't come out of nowhere. It comes from the struggle of being tired of what already exist and the will and desire to express yourself. Thus you need an audience who can understand your expression.  I think in this way Beijing has lot of potential since its the capital and a place where different cultures meet and interact.
In the age of internet, there’s no way to stop you get access to the outside world. Beijing has been absorbing many cultural influences for so long, whether it be online or offline. So hopefully we’ll be able to achieve something unique out of what we learned from other cultures and use it to rebuild our motherland. In my mind the signature style of Dohits is a hybrid mix of uniquely Chinese sounds molded into a tempo and bass of electronic music. How would you describe Dohits’ style?

I wouldn't say Do Hits has an established style yet. Do Hits is more like the collective minds of upcoming creators who have not establish their sound yet. We as do hits always expect something unusual, but also try to produce something well connected to our local culture. China has so much potential in contemporary music and also has so much to offer, but it’s just not very developed yet. So we want to get everyone motivated, to do whatever they feel comfortable doing.
In my opinion, anything that can already be put into a category is already dead. So we never want to put our stuff into boxes, we want it to be shapeless.

What made you decide to cooperate with Mike Gao, Nehzuil and Bohan Phoenix for this tour?

I met them all on the internet originally. In 2014 I brought Mike Gao to Beijing and in 2015 I brought Bohan Phoenix to Beijing. They haven't performed in any other cities in China yet, but they all kind of developing their artistic skills in the west. So I think it's going to be really great to bring those guys back to China. A lot of local Chinese still don’t think Chinese people can make forward thinking electronic music, we’ll prove them they are wrong.

On the 2nd of April Howie Lee, Mike Gao, Bohan Pheonix and Nehzuil will be performing at Little Bar Space. Click the "Go" Button at the top of this article to get tickets to the event. Show some support for the talented individuals striving for something new, struggling to remain shapeless in the eyes of those who want to categories them.