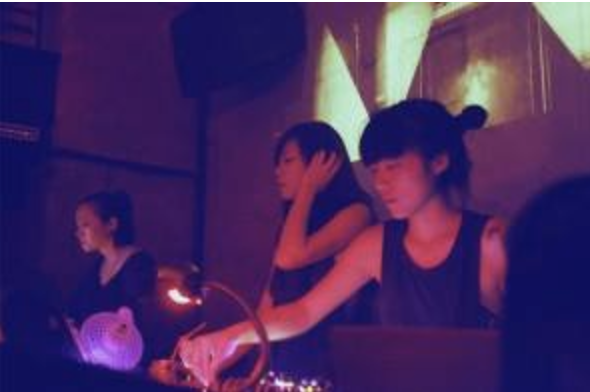 "atmen" is an electronic music label founded in Chengdu in 2015, with focus on techno, minimal and ambient music. "Ein-atmen" and "Aus-atmen" are the parties hosted by "atmen".


Atmen's latest party Aus-atmen is coming May 21st. Last year I took a more in depth look at who Atmen are and what they're doing, asking the 2 cofounders of the movement Gogo "Su" and Xiangxiang "Xiang" some questions about their philosophy and how they got started.

Q: How did you start making music?

A: From listening to Electronic music to going to parties and hanging out listening to DJs, I then started DJing myself. Actually it's it's all a process of being introduced to and being influenced by stuff, finding/choosing in other peoples music that which you feel really expresses something about yourself, your thoughts and your feelings, though that way it's still too restrictive. Ultimately you just need to find a way to allow your own music to speak for you. So that's how the desire to make my own music began.

Q: How did you start working on Atmen?

A: Through music I met XiangXiang, to start with we were just partying together, hanging out, dancing, then later as we slowly got to know each a lot better we started discussing music, talking about life in general. We both thought, in Chengdu of all places you can meet someone who you feel you can without any barriers happily chat away about anything, that feeling's pretty awesome, and on top of that have absolutely the same opinions and feelings about things. So this year (2015) during spring festival we went to Thailand together, there was one day we were sitting together on the beach listening to music by the moonlight for like 2 hrs, not saying a word, but at the time there was sort of a deep heartfelt understanding, it sort of brought our friendship to a new level of deeper understanding. Later when we were back in Chengdu XiangXiang came to my house, we were sitting talking, we started talking about the environment we live in these days, then talked about Berlin, Electronic music, all the good stuff and bad stuff in life, just felt sort of like something was missing. Then when started discussing maybe as a group we could do something together. Otherwise you're just left with that empty feeling. So ultimately that's how we came to create Atmen.

Q: Which producers have inspired you?

A: There's quite a lot of producers that I really admire, I typically listen to Abdulla Rashim and lately I really like Cio D'or ... but the most inspiration comes from my own feelings about life.

Q: How did you start making music?

A: I think it's a natural process, Electronic music's energy and the sense of sound in a structural space attracted me. Being a Techno DJ the process of making music is very creative and inspirational.

Q: How you did start working on Atmen?

A: Earlier this year with Su during last Spring festival one we night we were talking and talking. The 2 of us just sort of exploded with this small spark of energy! Haha! and then that spark has lasted. We gave it life, and we breath with it together, it's always with us and as we're growing it's growing with us. It's an awesome beginning. The way in which we mutually influence each other is really important, understanding and love, music and dreams, we share it all together.

Q: Which producers have inspired you?