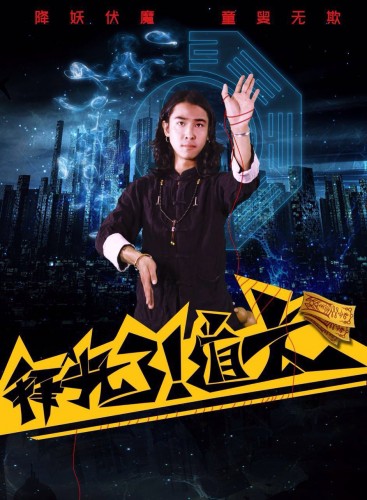 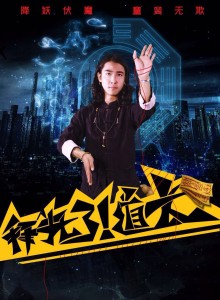 Our team is made up of a group of passionate movie-loving young people who have even been lucky enough to be joined by no small number of industry professionals. The project we are currently attempting to fund is the production of a web series called “Master, Help!”. The first episode was filmed using actors selected purely from our group of friends, to whom we were only able to offer a meal or two a day as compensation. What we may lack in professionalism we make up for with dedication. The series we're funding, “Master, Help!” is based on the experiences of the male lead and visionary of this project, Yang Pingxiu, who has vast real life experience in practicing Daoism and traversing all parts of society. Half true and half fantasy, we use his experiences to weave our stories. Currently, the members of our team have not been promised any monetary compensation for their efforts, nor have they asked for any. We are all gathered for one purpose, and that is to make “Master, Help!” successful and thereby prove our ability to make quality films!

“Master, Help!” tells the story of a modern misunderstood Daoist master, A Xiu, a who on the outside appears to be a complete quack, only concerned with money and his own well-being. In reality, it's not uncommon for one entirely out of step with society to be misunderstood, as is the case with Master A Xiu as he finds himself concerned with matters of the spirit in a materialistic world. Master A Xiu has a talent for the expulsion of demons and often takes it upon himself to rid the world of these otherworldly beings that slip through to wreak havoc on our plane. The larger plot arc involves Master A Xiu's quest to gather together friends from all walks of life to combat the demon king A Zan who is constantly trying to open a path between the Three Worlds to “cleanse” our plane. Currently our funding situation isn't looking very good. All of the filming budget so far has been covered by Yang Pingxiu. Though we've received the support of some other film groups, he has still had to cover the costs of all of our filming equipment, rent, and daily expenses incurred by the crew. So, our goal here is not just to spread the word about our project, but to garner more support and relieve some of the financial pressure. We hope that more friends and supporters can come out of this and that you will all help us put out a quality series and grab the attention of those around the world, raising awareness of what the young people in Chengdu are capable of.

Currently, the first episode has already been filmed to completion and is entering the post-production phase, and the scripts for the following episodes have been written. We are preparing to first film a single season (6-8 episodes) and show them on Ai Qi Yi, Youku, and other large video sites to build up a fan base and our own experience. We hope that the second season will attract more advertisement and project investment. We hope more and more people will become aware that there's a team of young people in Chengdu that doesn't worry about monetary returns, and is simply concerned with putting out the best product possible no matter how difficult the situation may be. Naturally, the biggest risk is that we won't be able to get any more financial return, but even if that happens, we've gained experience and exposure. After all, we're young, and youth is all about taking risks!

“A New Kind of Daoist Master”

The Daoist master represented in our series is a new take on the traditional. He represents the purity and freedom of Daoist ideals incarnated in a flesh and blood modern day “quack”. He may look like a complete loser, sometimes even hindering his team, but in reality, things are not always as they seem, and the city you see during the day is not always the same after the sun goes down, just as the “quack” you see every day might not be as fake as you think.

“Humanity is More Terrifying Even Than Demons”

The source of the demons' power in our series actually comes not from themselves, but from the desires and material lust of mankind! The series deals with the question of the nature of man, whether we are basically good or evil, and follows our Daoist master as he traverses his two-sided city by day and battles demons by night.

Currently we are not able to offer much to our supporters in way of rewards, but we promise that every mao of funding will be used fully and responsibly to support the filming and production of “Master, Help!” for the most cost-effective and high-quality result possible. All of our supporters will be mentioned by name in the opening credits, and we invite everyone to come hang out with the team or even participate in the filming of “Master, Help!”.

We're not just playing around!

10 RMB: Mention in the Opening Credits

50 RMB: A bottle gourd hand-picked and crafted by our Daoist Master himself。

100 RMB: A bottle gourd hand-picked and crafted by our Daoist Master himself (Will be of higher quality than the above tier)

200 RMB: A high quality bottle gourd and the opportunity to volunteer on set and possibly appear in an episode

300 RMB: A high quality bottle gourd and a bead bracelet blessed by the Daoist Master

500 RMB: A high quality bottle gourd and the opportunity to learn filming techniques from our team

1000 RMB: All of the above and a personal horoscope reading from the Daoist Master

We reserve all copyright and trademark rights associated with “Master, Help!” Making unauthorized changes or use of our material will result in legal action. 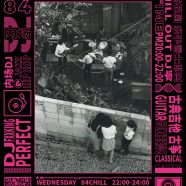 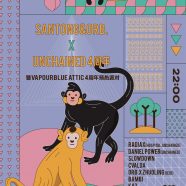 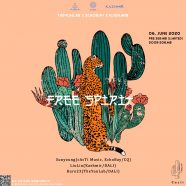 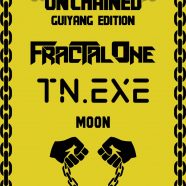