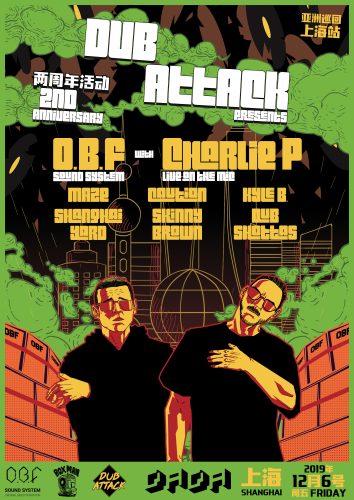 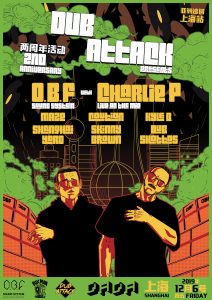 for English scroll down 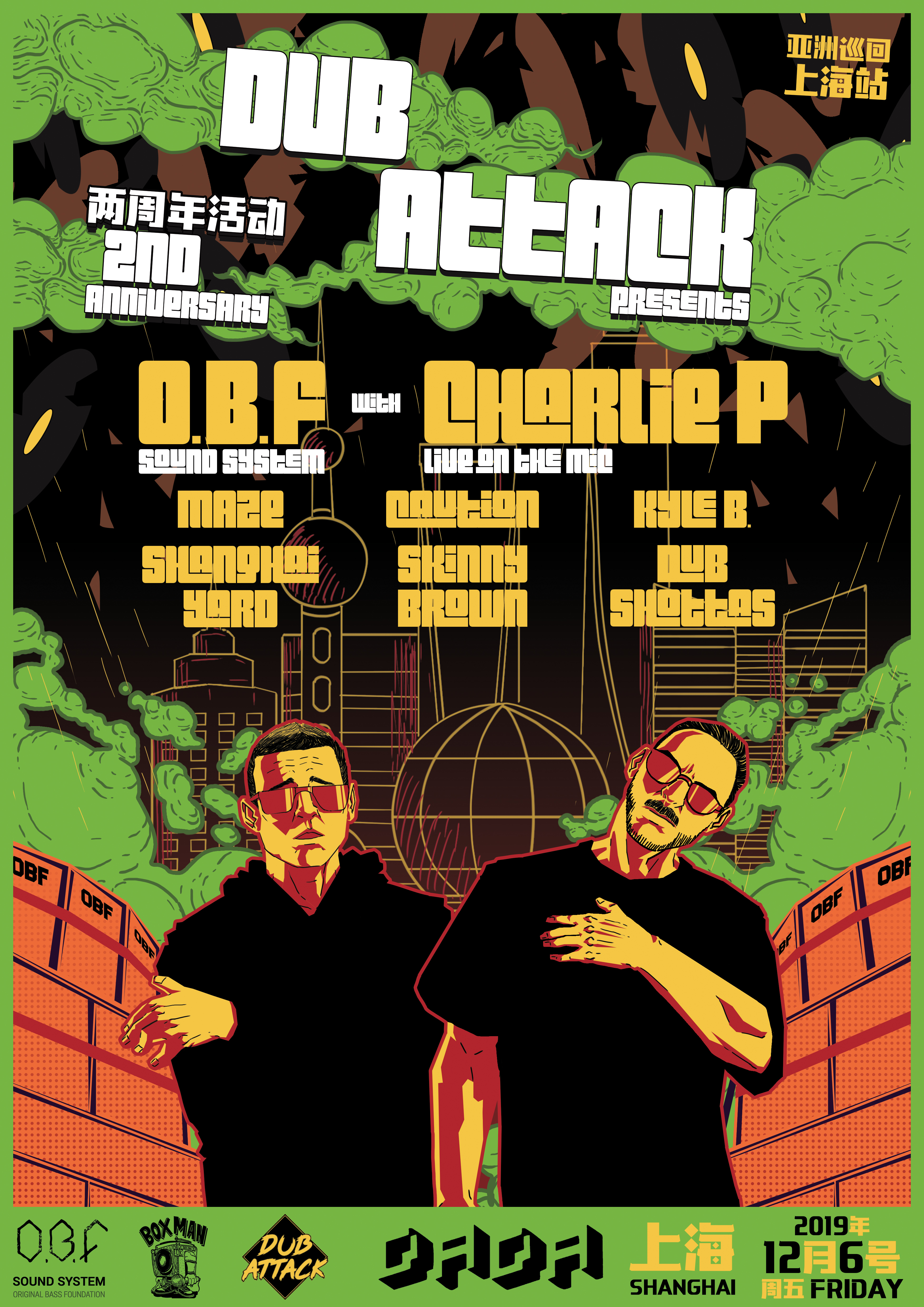 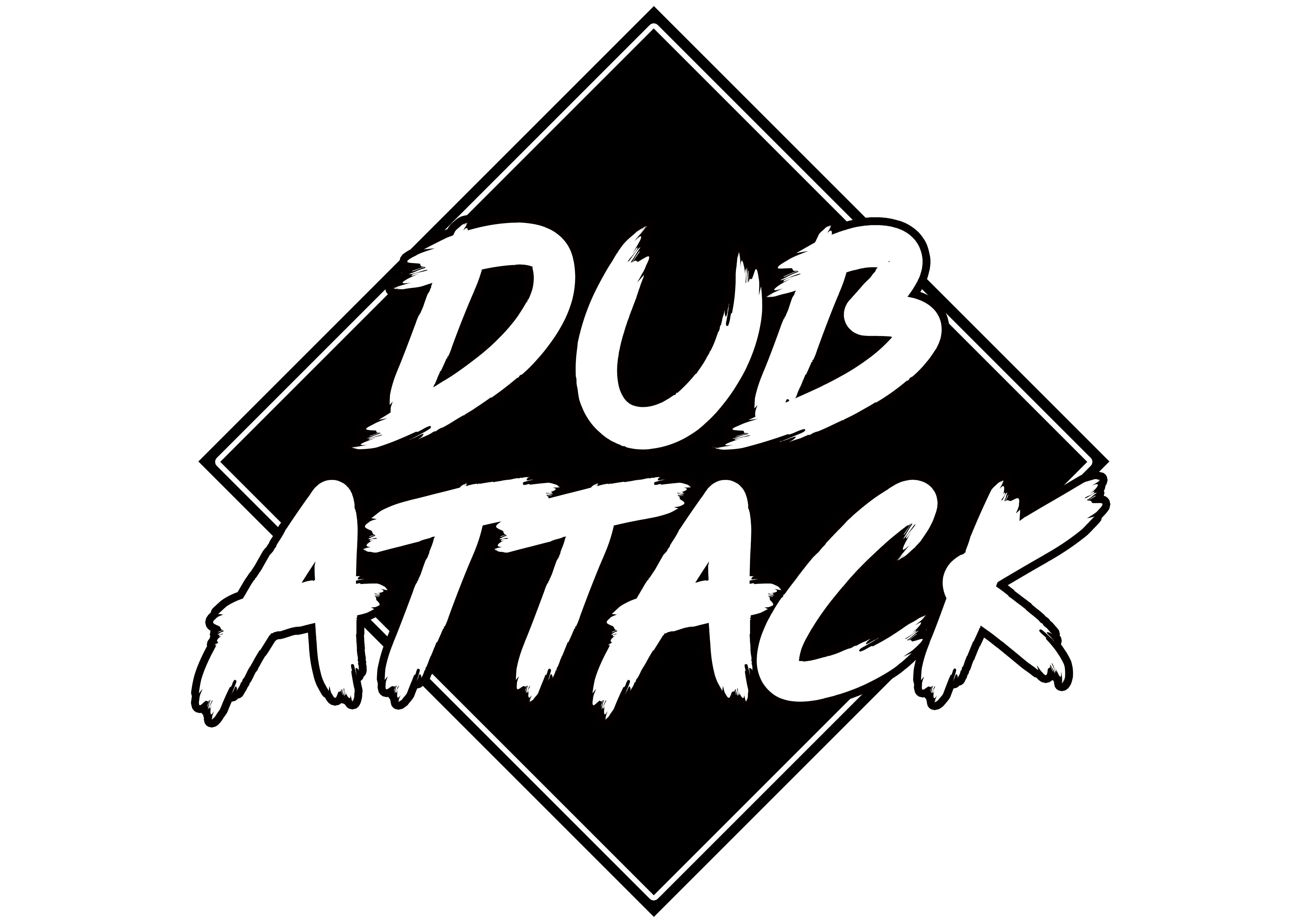 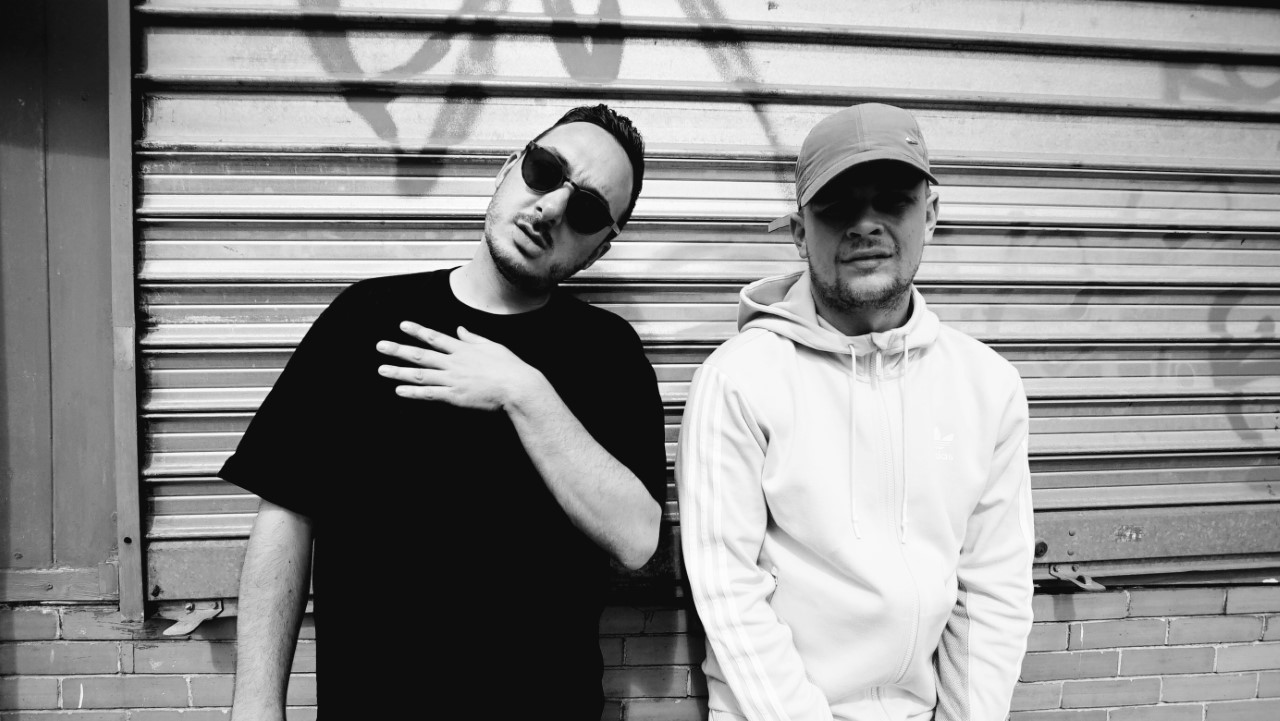 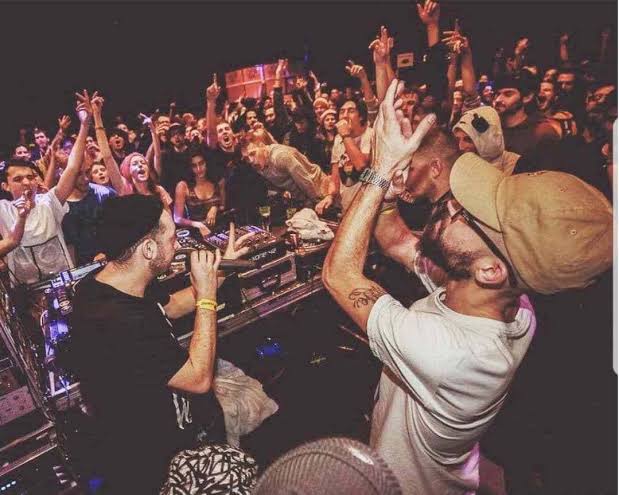 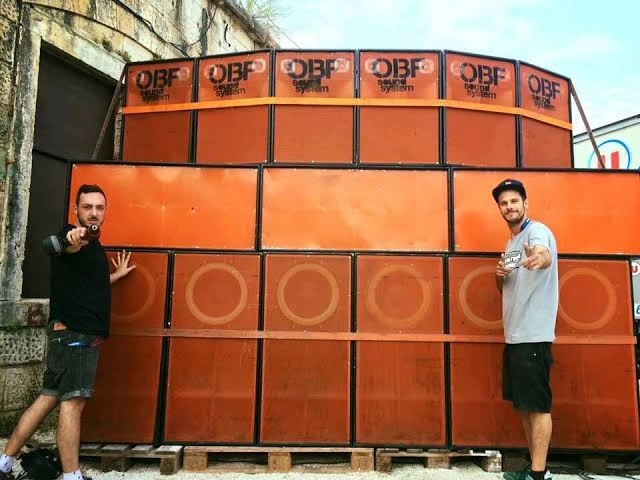 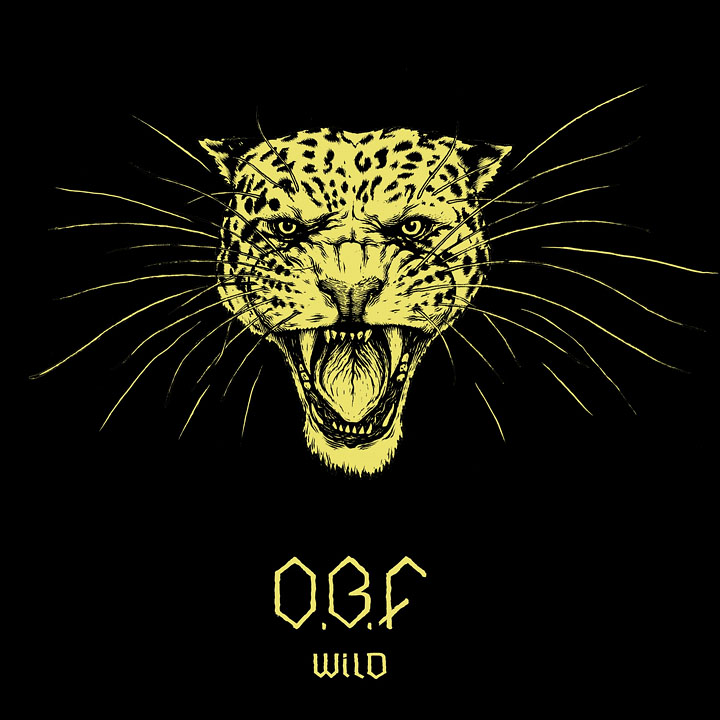 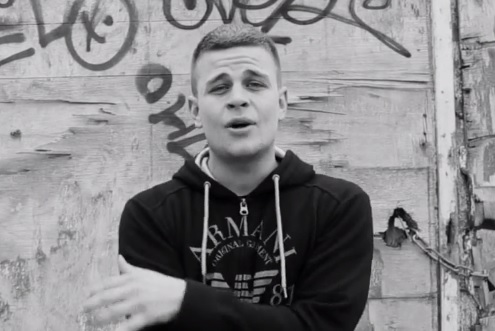 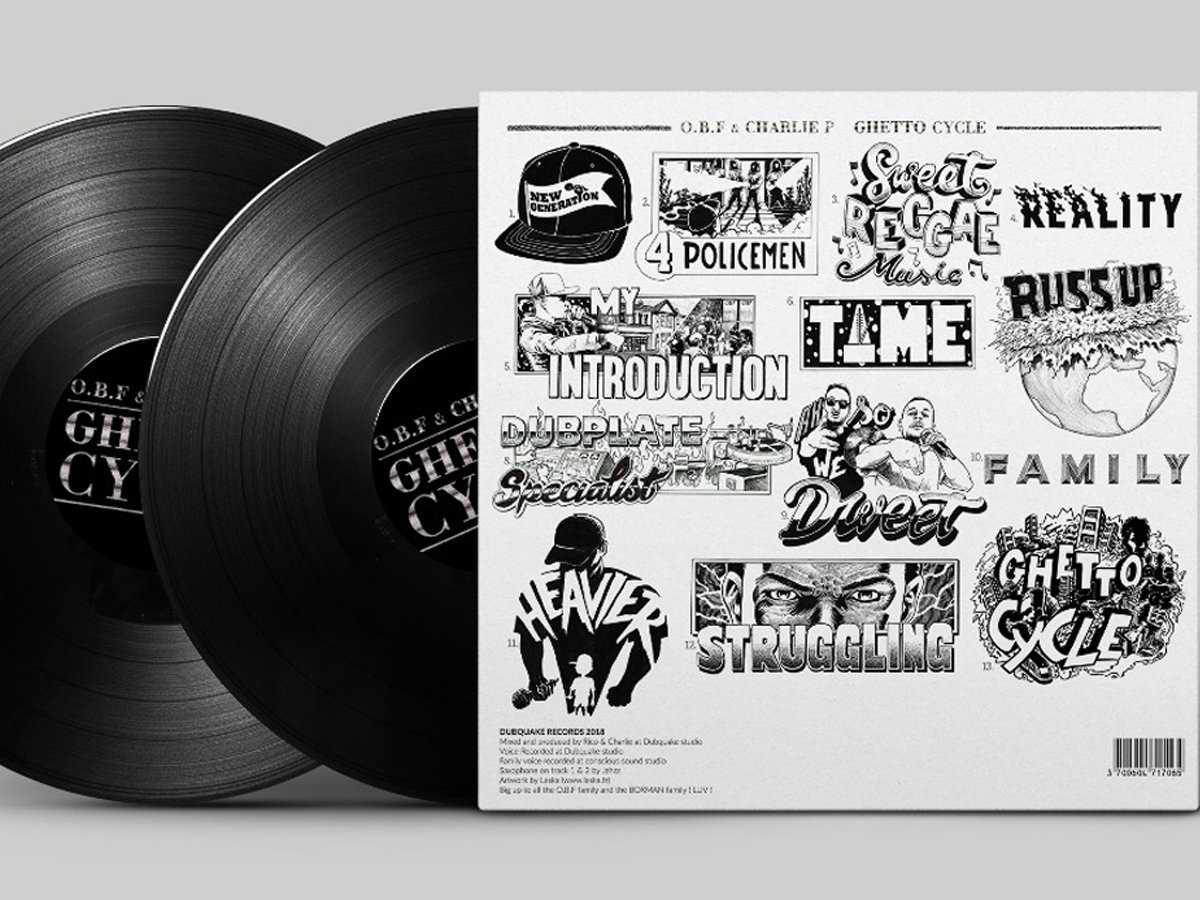 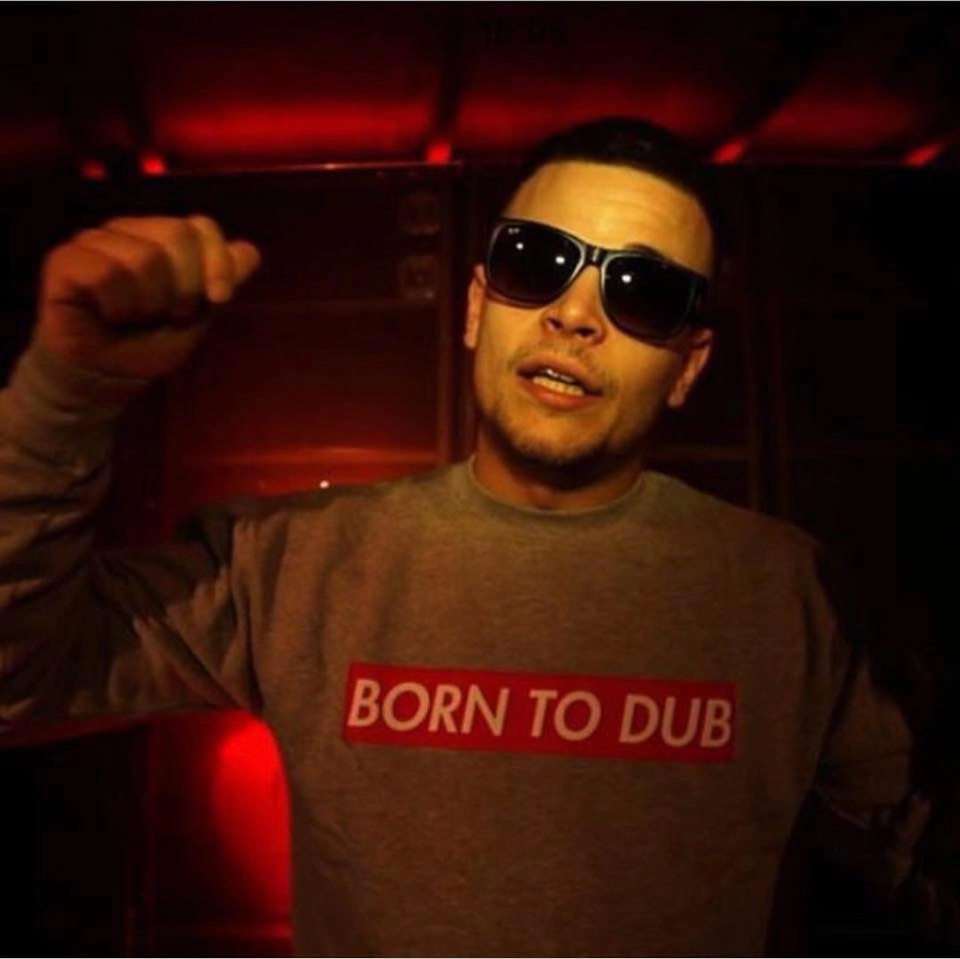 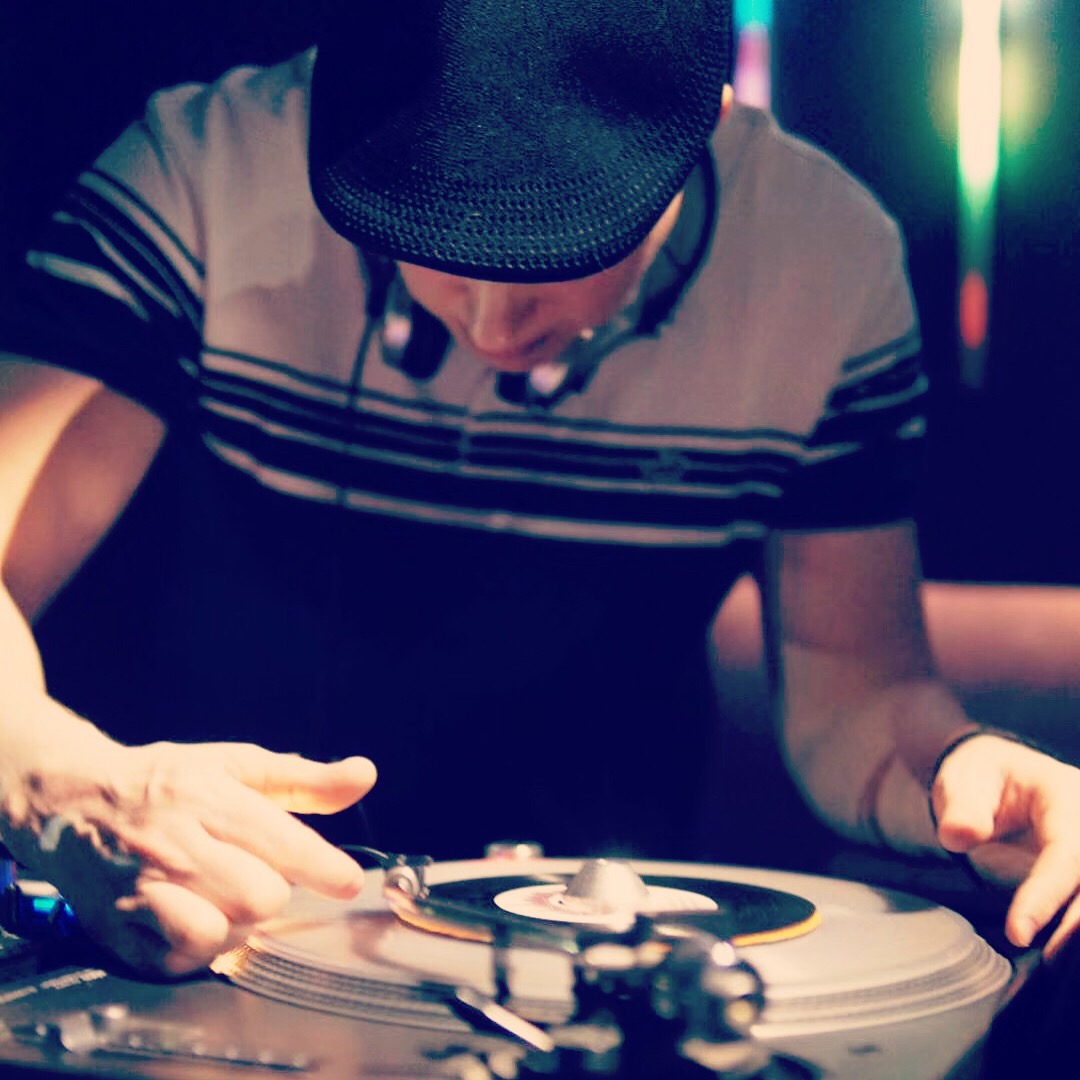 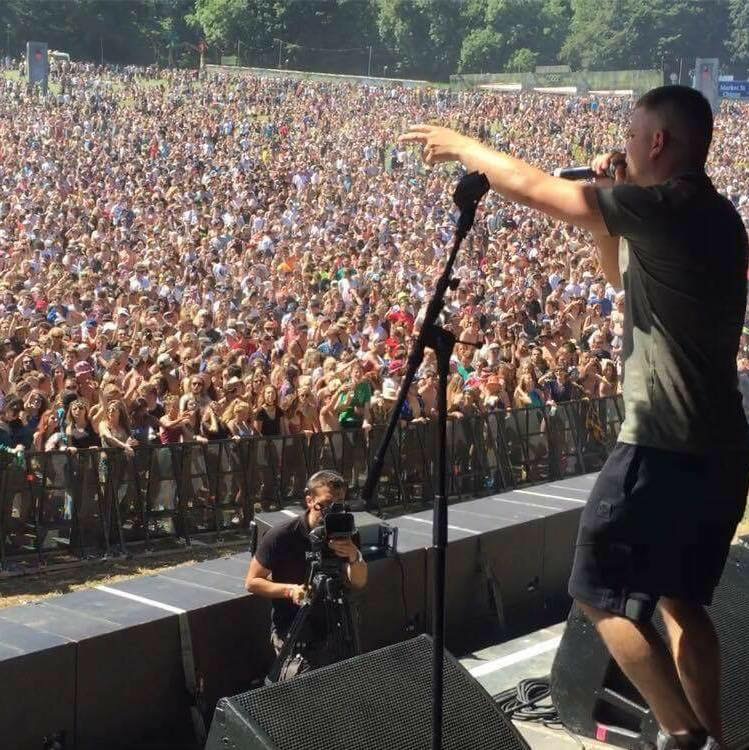 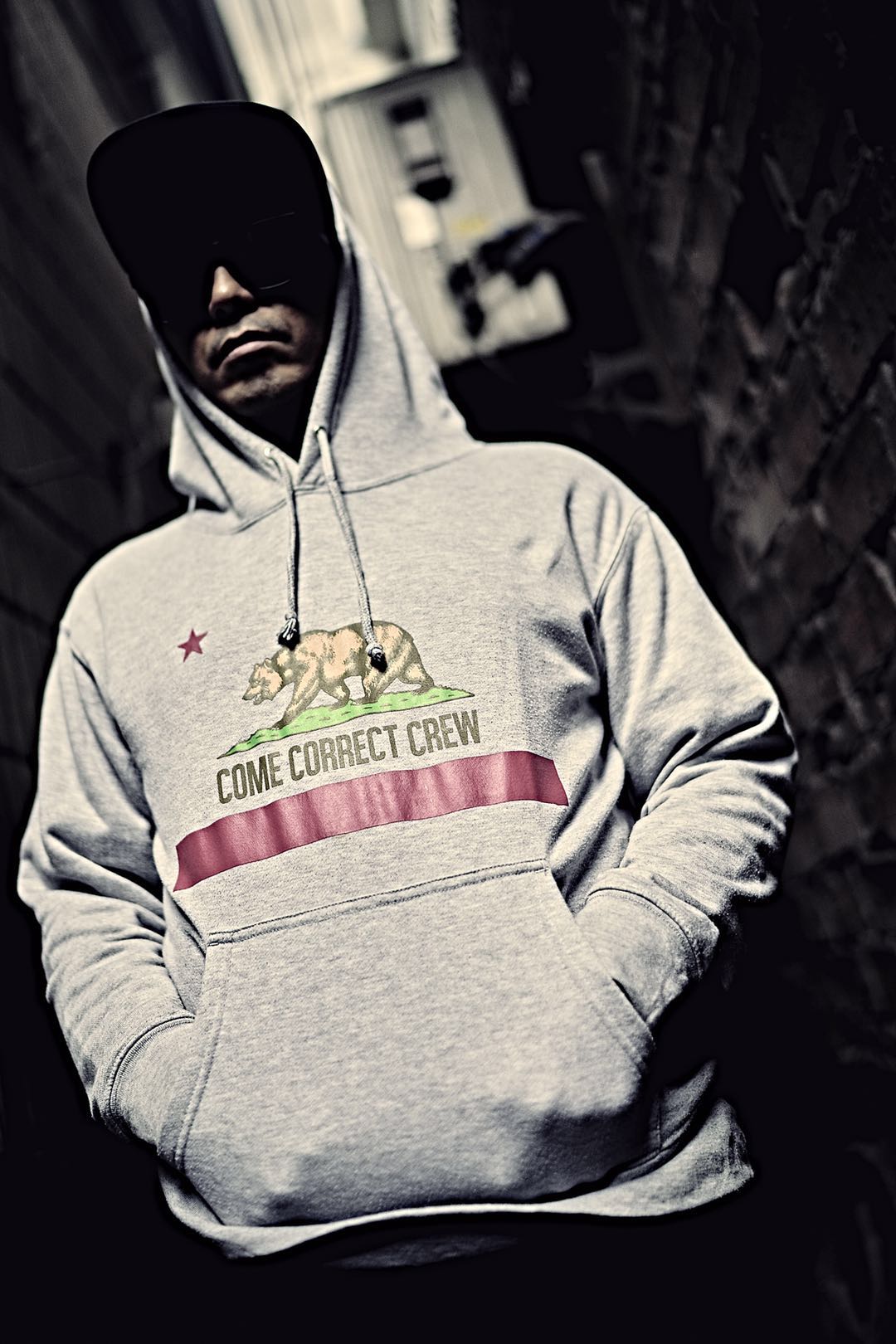 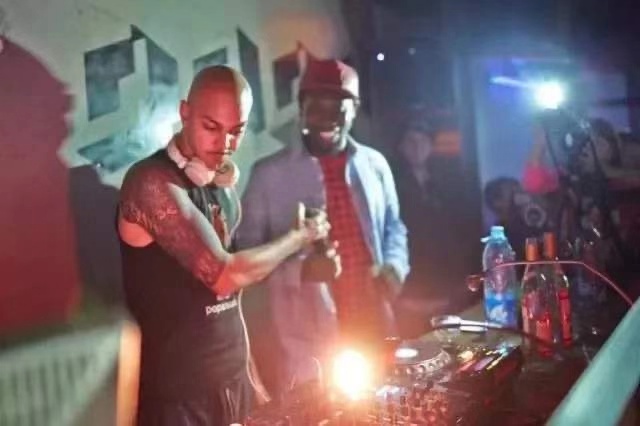 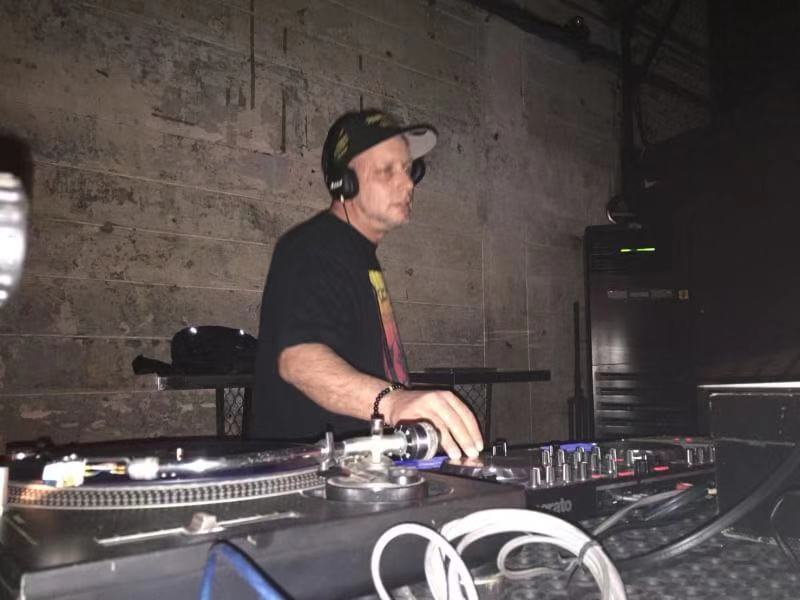 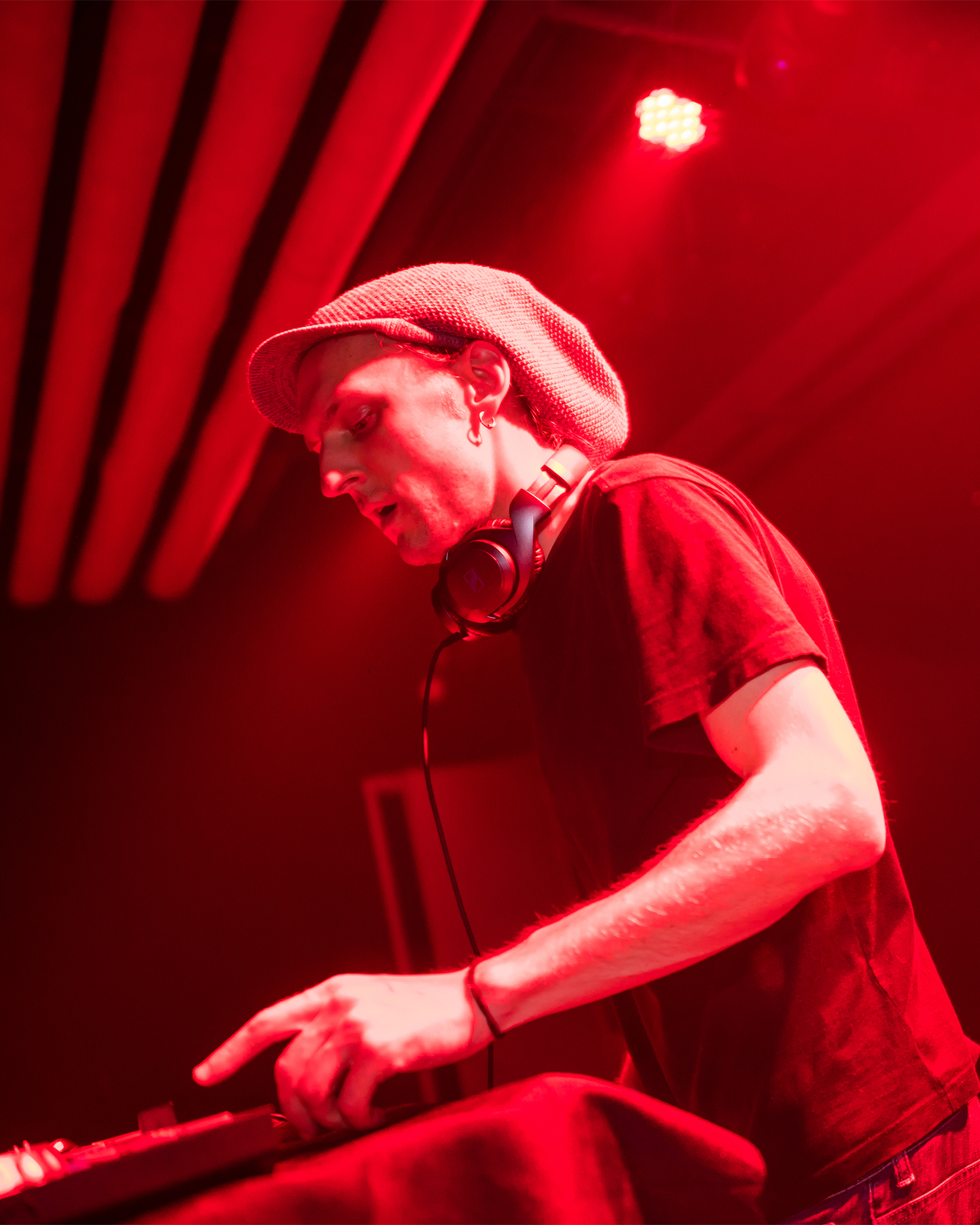 Dub Attack
Dub Attack is a series of events featuring dub, reggae, dancehall, dubstep, jungle, grime and other bass heavy genres. Every month we showcase talented DJs and artists from around China and the rest of the world.
For Dub Attack's 2nd anniversary, they have invited one of the biggest names on the current dub music scene in Europe, O.B.F Sound System from France and singer/mc Charlie P from the UK…

O.B.F
In eighteen years O.B.F has established itself as one of the toughest sound systems in France, playing internationally and progressively becoming one of the most respected dub sounds in Europe. The crew is known for the quality of their productions and their ability to run a session like no other, with an intensity that blasts a crowd. After several releases on "Dubquake Records" and "O.B.F Records" including a first LP called « Wild », and many collaborations with the best dub producers and singers, O.B.F returns with a long awaited second LP. A new stage in the development of its collaboration with Charlie P.

Charlie P
Hailing from Southend, Essex, Charlie P has been singing since the young age of 5, starting as a Motown/Blues singer before quickly learning of a love for Reggae music. Holding a connection to Reggae before he was even born (his Uncle run the locally popular Simba Sound) Charlie's first vocals saw him join ska-collective Goldmaster All-Stars, and at the age of 11 his passion for Jamaican music soon turned into a well-known talent. Nick Dubateers, a man who owned a local sound system, soon noticed Charlie’s skills and took him to Conscious Sounds studio to record first album 'Hustle', which he and the Dubateers toured extensively around Europe. His first six vinyl followed, as well as debut video ‘Backstabbers’ – All of which helped further develop his natural talent and distinctive tenor tone that has made him such a hit on the Reggae Sound system circuit and beyond.
Charlie's most second LP was released in 2015 and was the result of his collaboration with Mungo's Hi Fi of Glasgow, which started in 2010. The release of album ‘You See me Star’ further showcases Charlie's talent as a recording artiste and brings together the best tracks across the styles that he loves, from Roots Reggae and Dancehall to modern bass music. The 'Youngest Veteran's' popularity continues to grow with his status as a regular show headliner confirmed, touring the world from Boomtown to Outlook to Africa in 2015 alone and clocking up work with such luminaries as Mungo’s Hi FI, Dubateers, Second 2 None, Kenny Knots, Biga Ranx, Ranking Joe, The Goldmaster All-Stars, Michael Profit, Jah Tubby, Earl 16, Iration Steppas, Bush Chemists, Conscious Sounds, King General, OBF SoundSystem and many more over the course of an esteemed career for such a young artist. 2016 and beyond looks set to continue in the same vein, with a full album scheduled with O.B.F Soundsystem for april 2018 and the introduction of his own imprint, BoxMan Records.

Maze
From Copenhagen City in Denmark, Maze is a reggae DJ, vinyl collector and promoter who has been based in China since 2002.Around 2005, Maze started organizing his own independent reggae parties in Beijing. The ambition from the start was to promote reggae music in China in an original Jamaican sound system style, with heavy bass, MC’s on the mic, heavy dubplates and lots of lots of vinyl records.In 2008 Maze moved to Hangzhou where he has continued to push reggae and dub. 2019 marks the 11th anniversary for Maze as a reggae promoter in Hangzhou. Through the years, Maze has shared the stage with a slew of reggae and dancehall artists including Macka B, Brother Culture, Tippa Irie, U Brown, Daddy Freddy, Vibronics, Zion Train, Mighty Crown, Judgement Sound Station, Firehouse, Wudub!? and many others.Maze is the man behind Hangzhou’s monthly dub, reggae and dancehall event, Dub Attack. November 2019 marks the 2nd anniversary for the event, that has showcased artists and DJs from abroad and from all over China. In only 2 years, Dub Attack has had over 50 shows and has traveled to eight major Chinese cities and has been a part of several festivals.

Caution
Dj Caution remains one of the most captivating Dj’s to watch and listen to. His ability to combine new sounds into his sets along with a fun and energetic stage presence have made his shows both innovative and exciting! Always remaining true to his music, Dj Caution stays connected to the streets through his mixtape and label releases. As a music lover and Dj his ever evolving original productions and remixes can be heard during his shows.

Skinny Brown
Skinny Brown is the DJ and promoter who started the Popasuda dance parties at Dada Shanghai back in 2011. Popasuda means "booty" in Portuguese,one of many languages you'll hear at the night. You won't hear any English lyrics though. Skinny Brown strictly plays "global bass" jams coming from cheap computers in the Caribbean, Sub-Saharan Africa, Indian, and beyond. He has the cred to do a night like this too – dude's background is more mixed than the tunes, he speaks seven languages and has lived everywhere from Canada and Pakistan to Jamaica and Japan.

Kyle B
With a career that spans nearly 10 years playing reggae music, Kyle B, has stood on stages around the world as a DJ, producer, trombone player, and bandleader. Originally from the US, he currently lives in Shanghai, China, where he frequents the city’s underground bars and clubs playing a mix of reggae, dub, dancehall, and other styles.

Dubshottas
Dj Robsensei got his start in Toronto, Canada, and began pursuing a D3 career in Asia in 2013. He has played all over China, Thailand, and The Phillippines, and regularly promotes events for Jamaican artists in Asia.

Shanghai Yard
Bombadil Selecta, Italian reggae lover, started his Dj career back in 2006, in Bejing as part of Meiwenti Sound System. Played in the most important underground venues at the time: Yugongyishan, 2Kolegas and Obi Wan where he was resident for the Sunday Reggae BBQ. After moving to Shanghai in 2008 joined the Uprooted Sunshine, spinning tunes at the weekly "One Love" party that at the time was one of the most crowded "alternative" party in Shanghai. With the Uprooted he has also played in the monthly event Shanghai By Bus, joining the crew in massive gigs that saw guest stars as Vibronics, Mighty Crown hitting the town. Since 2010 after taking his own path. Boombadil resumed the weekly Reggae Nights at Logo and the new opened Lune, founding together with Dj Sal (aka Skinny Brown), Fred I and the mighty Junior Revelation MC the Shanghai Yard Sound System. 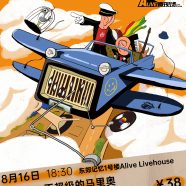 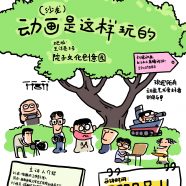 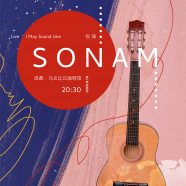 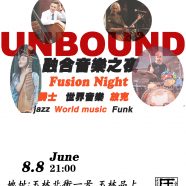 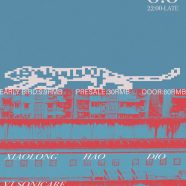